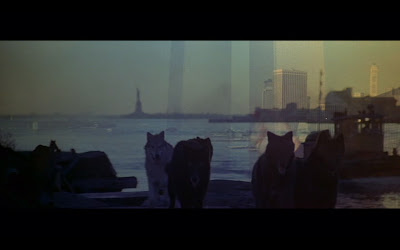 Off of a minor circuit, at all points of which people should feel free to track me down if you live in these spots: NYC for a week for Historical Materialism NYC to give a joint-talk with Alberto on Italian Long 70s film, then to LA for a  two-part talk of sorts spread over two nights, a double-header what I hope will not be lectures as such but rather conversations.

NIGHT ONE: THE WORLD IS OUT TO GET US 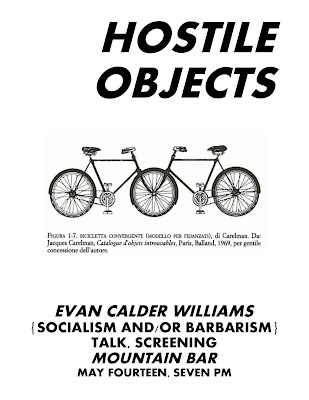 Saturday evening, on the earlier end of things, a set of thoughts on hostile objects, winding through Stalinist gremlins, hoarding, ruined silk, demonic steam-presses, Tati and Keaton, comedy and horror, property damage, dangerous modernist sculpture, shipwreckers, and more.  This combined with a screening of one of my favorite anti-work films, The Man in the White Suit.  To be followed by talking, drinking, etc.


NIGHT TWO: THE WORLD IS OUT TO GET ITSELF 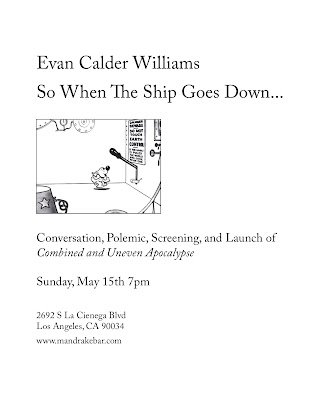 Sunday night, the Mandrake, where I spoke about zombies in the Contra Mundum series last year.  This is a launch of Combined and Uneven Apocalypse, which I'll take as an occasion less to read aloud what could be read on the page and more to offer a coda to the book, which includes the death of salvagepunk at the hands of a child, 1920s animation,  collapse and conspiracy, devalued currency, earthquakes, a defense of pessimism, and a scattershot passage through things that do not look like "apocalyptic" in the era when that description has become a baggy catch-all.  Plus, to cap it, I'll be showing the film to whose antagonists the book is dedicated: Wolfen, Michael Wadleigh's 1981 tale of superwolves defending an abandoned urban zone as their hunting ground and getting mistaken for communist extremists.

Spread the word to any and all and come join me for the two night spree.