Wreckers write their names only in graphs

Two more, as I'm still transfixed with a rough data capture of things I have been working on for the last year.  (Despite the likely possibility that these may lack any genuine explanatory power / correlation to "actual trends".  At the least, the real effect of Ngrams is to make Franco Moretti simultaenously the most relevant and most outmoded critic of the times, by allow everyone to play at the project.)

Shared spikes, with salvage lagging slight, at the time of world wars, when sabotage gets writ large.  (Italian not available, so autonomia fantasies of wide relevance go unproved.)  Wreckage begins to climb around the Commune.  Salvage always jagged as thrown-out teeth.

If you want the depressing one:

Again, the 1870s. That briefest scraping near kiss and cross, after Weimar hyperinflation and money is burned and Wall Street goes down: 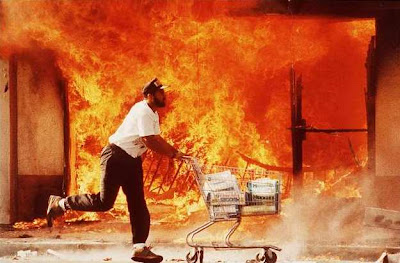 And the dwarf that has stuck around too long, bilious and repetitive in the corner, shows itself aiming for an unwanted comeback:

Finish it off once and for all.