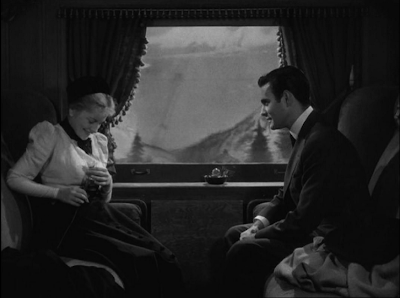 Oh, if only you could've recognized what was always yours,
could've found what was never lost. If only...
One of only four films Max Ophüls made while in exile in the United States during World War II and the immediate post-war period, Letter from an Unknown Woman ranks as one of the best in the peripatetic (though abbreviated) career of this world-class filmmaker.  Made up of a triptych of episodes from the life of Lisa Berndl (Joan Fontaine) as described in a letter sent from her deathbed to the unattainable object of her lifelong love and affection, Stefan Brand (Louis Jourdan), the film is a delirious representation of erotic frustration, deferral, and (ultimately) morbidity that also displays Ophüls' remarkable use of conspicuous camera movements in almost every scene, the effect of which is not only to show off the director's technical mastery but also the artifice of most of the film's stagebound sets.  Not to be missed.
Tuesday, April 26th
Stevenson 150, 8 PM