We still call it... I mean, you know how things are. 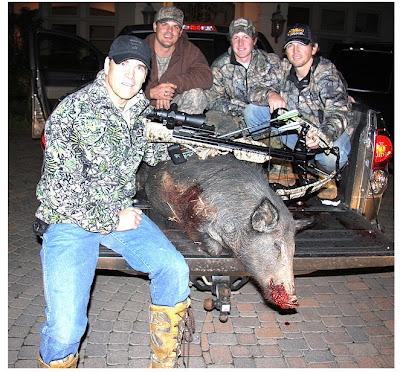 The campaign of Gov. Rick Perry of Texas found itself on the defensive on Sunday over a report that he had hunted at and taken guests to a West Texas camp with a racially charged name that his father, and later Mr. Perry, had leased.


The Washington Post reported on Sunday that at least seven people it interviewed said the name for a portion of the property, N-----head, was visible on the rock at the entrance “at different points in the 1980s and 1990s,” and that a former worker said he believed he had seen it as recently as three years ago.

From this perspective, this seems to be "bad" for Mr. Perry or someone like him.  It is not the kind of thing that a presidential type has known about him.  As such, he and his ilk are out to claim that, "Perry’s father painted over offensive language on a rock soon after leasing the 1,000-acre parcel in the early 1980s."


[Ray Sullivan, Perry’s campaign communications director, issued a statement soon after Cain was asked about the camp on both the ABC and Fox morning programs.

"Mr. Cain is wrong about the Perry family’s quick action to eliminate the word on the rock, but is right the word written by others long ago is insensitive and offensive. That is why the Perrys took quick action to cover and obscure it," Sullivan said.]

The revelation was one more challenge confronting the Perry campaign just as it was left reeling from his comments during a recent debate in support of granting the children of some illegal immigrants in-state tuition at Texas state universities, remarks that he later retreated from.

It is also "bad" for him to come across as the type who treats poor brown people semi-decently, which would include the scandalous extension of that bargain known as in-state tuition.

This new scandal, then, is no threat whatsoever.  It is a boon.  Because it allows one to say

a) No, no, we painted that over, because we know that isn't acceptable

(see, liberals!  how could they think we're so barbarous?  Remember that thing I did about tuition?  And you won't mind if I have to back-pedal a bit on it, because politics can be sort of partisan and... well, you know how things are.)

b) But it is still there, under the paint

(don't worry, conservatives: we know that it's important to put a new coat of paint over certains things to, you know, keep up appearances.  But don't you worry.  We're still the kind of people who own property, who hunt on it, and who call it... well, we don't have to spell out for you what we call it.  I mean, you know how things are.)