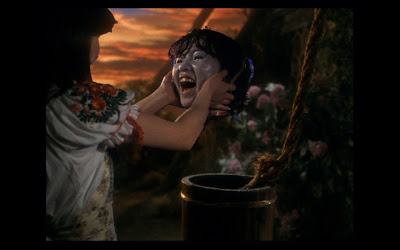 Horror film theory remains concerned with who is doing what to whom.  Or, perhaps, for whom (the working class, colonial subjects, women, the bourgeoisie) another who (cannibalistic families, attacked teens who chose to have sex, axe murderers, cops) stands in.  At its most interesting – that is, at its most fraught – the attempted transposition between a figureless what (patriarchy, the value form) and who (monsters, madmen) or what (unlocatable evil held back by an ancient talisman, asubjective blobs, hornets) figures it.
This is wrong. 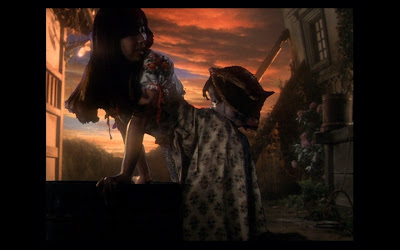 The basic form of the question – who is doing what to whom with what kind of knife in what setting? – itself reveals a fundamental blockage, one that misses so much of what the horror genre has done and, more damningly, a prospect of another kind of political reading capable of grappling with the massive apparatus of money, convention, and distribution that engender these films and which they necessarily refract.  In short, these questions are, fully across the board, concerned with horrible content.  The underlying supposition is that if we are to “read politically,” to detect in these films an elaboration of their historical moment, of the structures of alienation, repression, and violence, then we are to do so on the grounds of these films including bad things being done to bodies and psyches. As if the work of thought was to figure out what that zombie is, which political tendency which deep-sea leviathan stands in for, if a sword is phallic or not, or if giving a cannibalistic prole family chainsaws is radical or conservative.
But it's not that Michael Meyers is chasing a teen up the stairs with a butcher knife and that our task is to figure out what each of these elements means. 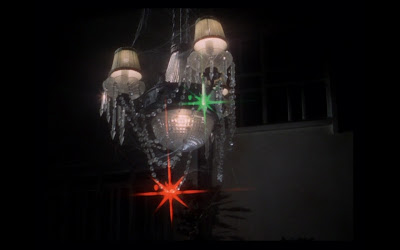 No, it's that melodrama is chasing horror up the stairs with a dulled hysterical outburst, and we cannot look away from the strange wallpaper on the stairs.  That conventions of romantic comedy, excessive prettiness, a soft yellow light that comes from no discernible source, a set of clicking objects, real pathos and tenderness, an overlong tracking shot over the outside of a house are coming from that strange double position (necessary part – necessarily disavowed) to get this production called horror.

when's your goddamn book coming out, i mean goddamn...

Tell me about it. Will be out by April.