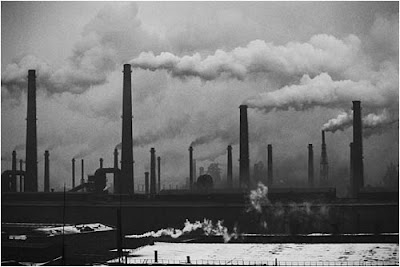 The place of the worst barbarism is that modern forest that makes use of us, this forest of chimneys and bayonets, machines and weapons, of strange inanimate beasts that feed on human flesh.

I.E.: that modern forest that makes use of us

To be followed by a screening of Deserto Rosso.

(What people won't tell you about Bordiga is that he was a bloody good writer.)

Certo. Indeed, I intend a recuperation of Bordiga: not on the level of his conception of the party, not in terms of a neo-invariant line, but just in terms of what communist writing can look like. That's to say, bloody good, reeling speculation, and razor-sharp.

[On a more "content" note, his notion of the "without reserves" is spot-on and very much presages a lot of the important current work being done on surplus populations.]

there are different ways of situating any critique of how capitalism forms collectives and bodies as surplus, non-utile.

I tend to think that in addition to realizing that the necessity of selling our labor-power places all who work under the regime of fashioning our bodies to be utilized, it is helpful to look at those critiques that come from people who've been fighting against ableism in particular.

here's something good in that vein and about that history:
http://www.soaw.org/index.php?option=com_content&view=article&id=828